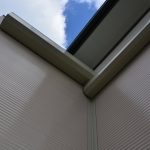 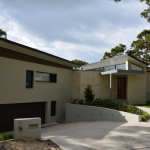 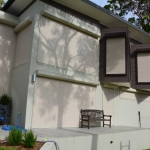 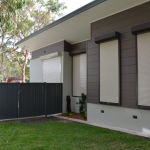 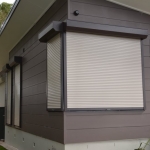 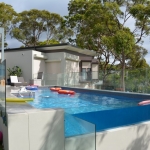 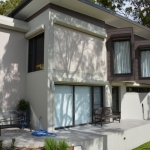 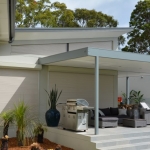 John Sammut was prompted to install bushfire shutters shortly after notification from the local council in the Blue Mountains, that his home was located within the flame zone bushfire attack level.


This meant Johns home was vulnerable to bushfires and would have to satisfy the councils flame zone requirements. John was required to install BAL 40 windows and doors with BAL 40 shutters.

John’s home was considered ‘at risk’ because it backed directly onto a steep downward hill which conjoined with deep bush land. The risk of bushfire was greater because the fire travels uphill faster, while the heat from a fire would make the bush land even more flammable.

After contacting us, we inspected John’s property to carry out a consultation and price quote. During the consultation we noticed the color didn’t match any of our standard shutter colors. Furthermore, one side of the house was cladded in brown.

To overcome this, we suggested powder coating both the shutter head box and the side-tracks of the shutters to match the color of the walls, and avoid a color mismatch.

We also recommended that we installed our standard electrical operated shutters but with a manual override, on all of his windows that received significant sun exposure. Just in case there was a power failure. That way the bushfire shutters also served as a shelter to the intense sunlight.

When installing the bushfire shutters we wanted to ensure light wouldn’t be lost through the windows when the shutters were in the ‘up’ position. Which we overcome by surface-mounting them onto the face of the property.

This shutter project was further complicated by the fact that many of the windows were larger than most, as well as being quite high up, making access to windows quite tricky. We installed 4.5 metre portable scaffold which made it easier for our team to carry out the installation.

Our final challenge was with two large high light windows on the ceiling of the property. Each window had a sloping rake along the top, which we had to cover. A normal shutter wouldn’t fit properly, so we created fixed panels out of the roller shutter curtain and tracks.

John was especially happy about the outcome given some of the difficulties… This is what John had to say about the installation of his bushfire shutters.

“Ours was a large project with many windows of different sizes. Adam and the Adshutters team took on the challenge and did a great job. But it didn’t come without it’s challenges. At first we were concerned by the look of the shutters. But Adam did a great job to make them blend in with the rest of the house. He took great pride in his work. Nothing was a problem and he took on each challenge as they came.

Adam and the rest of his team were also very respectful of our home, throughout the project they kept it clean and tidy.

I’m pleasantly surprised by how cool the house is during the day now we have the shutters. It’s also reassuring to know our home is secure should a bushfire break out around us.

I have already recommended Adshutters and would definitely do so to anyone else who is looking to install bushfire roller shutters on their property.” – John Sammutt, Blue Mountains NSW